The Last Pictures from Nationals at 10: Baseball Makes News 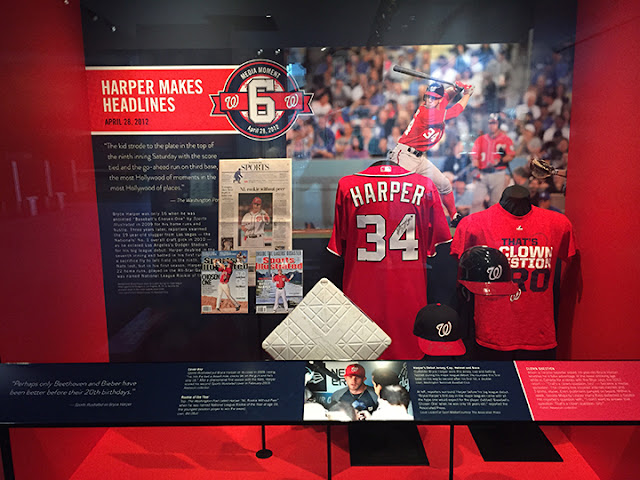 A few more pictures from the Nationals at 10: Baseball Makes News exhibit.


Over the span of 10 years, the Washington Nationals have gone from being a struggling team with such players as Brad Wilkerson and Livan Hernandez taking the field at the decrepit RFK Stadium to preseason World Series favorites led by Bryce Harper and Max Scherzer. The key moments of the team’s remarkable transformation are explored in “Nationals at 10: Baseball Makes News,” a small exhibit of 10 artifacts and pieces of baseball history opening Friday on the second floor of the Newseum.

The show, arranged chronologically, is a whistle-stop tour of the Nationals’ greatest moments, and it plays out just like the game footage that screens on a loop above the display. There are lineup cards from the first Nationals game, in Philadelphia (Terrmel who?), and from the last game at RFK Stadium; the jacket and jersey President Obama wore while throwing out the first pitch at Nationals Park; items related to the mega-hyped debuts of Harper and Stephen Strasburg; a champagne bottle popped in the locker room after the team clinched the 2012 NL East title; and the home plate from Jordan Zimmermann’s no-hitter on the final day of the 2014 season.

Baseball purists may roll their eyes at the inclusion of the Presidents Race — images of the racing presidents (minus newcomer Calvin Coolidge) are projected on the floor, and a glass case holds the golden sneakers Teddy Roosevelt wore when he finally won his first race in October 2012. 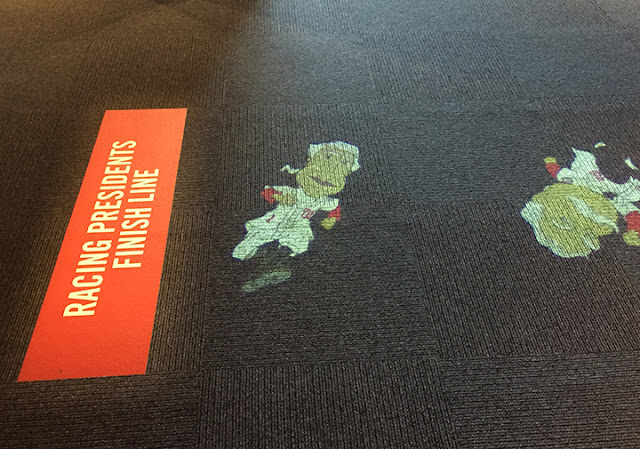 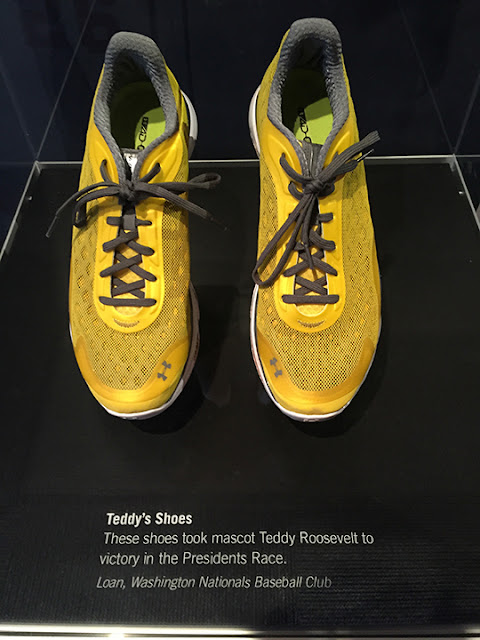 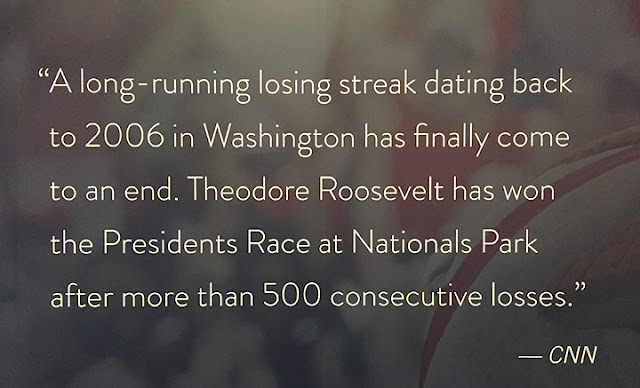 That nod to Teddy seems to sum up the feel-good vibe of the exhibit. You might think the Nationals have always been perennial postseason favorites. Those difficult early years, with six seasons under the .500 mark, are mostly glossed over. There’s nothing about how relentless preseason hype from Sports Illustrated and other prognosticators winds up crushing fans’ dreams by the time fall rolls around, and although you’ll see the jersey Jayson Werth was wearing when he crushed that homer in Game 4 of the 2012 National League Division Series, there’s no trace of the glove Drew Storen used when the Cardinals scored four runs in the top of the ninth in the following game. 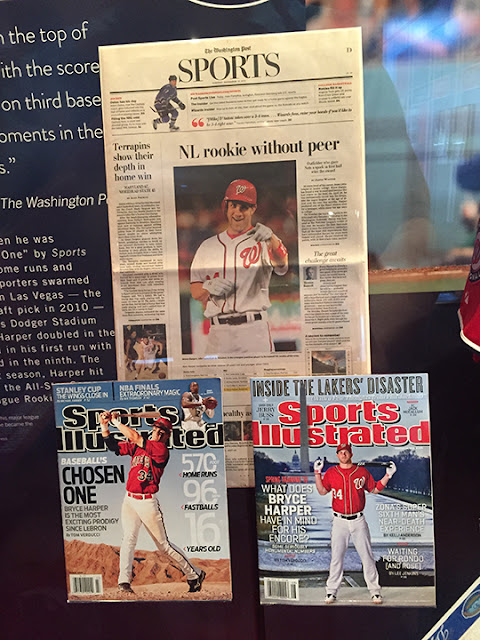 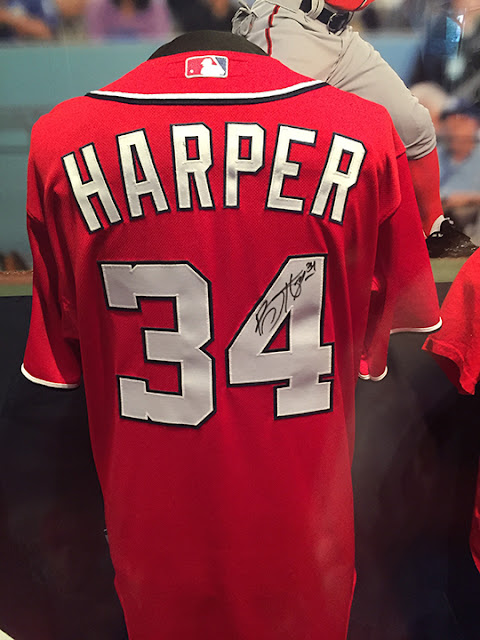 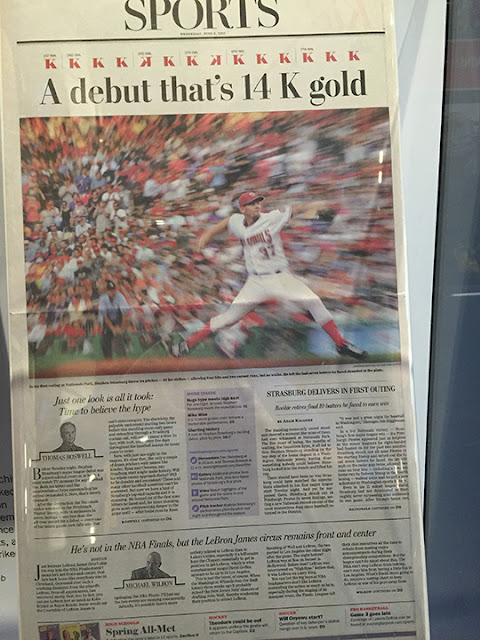 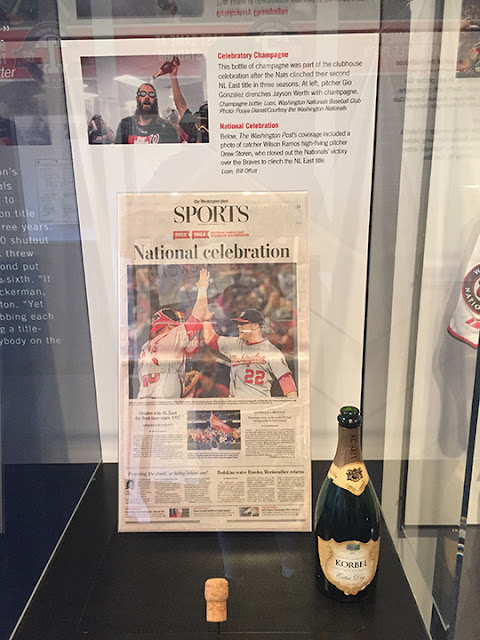 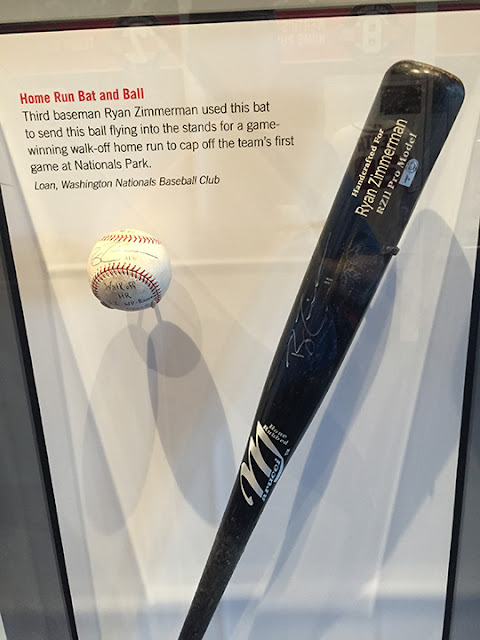