The Nats were coming off a very impressive win against the Braves from the night before. They had pounded the Braves 15-1. There's a story within the story of that game that I'll get to later.

One of the comments on the coverage of the story in the Post was the Nats do this and the next game they can't score any runs and lose the game.

Why that guy was right on target. Except for the very last part of that.

The game certainly started out the right way. In the first inning Bryce Harper homered with was number 32 for the year.

Two innings later the Braves ties the game. Then came the problems. Runners in scoring position all over the place. The 4th inning runners on first and third. Inning ends on double play. Bases loaded in the 6th and nothing from that at all.

Drew Storen comes pitches in the 8th inning and gives up a run.

The Nats are down to their last out. Matt den Dekker singles and that scores Trea Turner who was pinch running for Yunel Escobar.

At least the Nats get it to extra innings. Along comes the bottom of the 10th. Harper starts the inning with a single. Next up is Ryan Zimmerman. He singles too and Harper gets to third. Next up comes Michael Taylor. He let's loose with a blast that's a home run. You knew the moment he hit that ball that it was gone. The place went absolutely nuts.

When he did send him in, it worked to perfection.

Taylor, nursing a sore right knee, had a pinch-hit, three-run homer in the bottom of the 10th inning to lift the Washington Nationals to a 5-2 win over the Atlanta Braves on Friday night.

“I want to play, so I was standing at the bat rack the whole game, trying to get in the game, just to be able to get in there and get a chance,” said Taylor, who was out of the lineup for a third straight game and wanted to make sure Williams knew he was available. 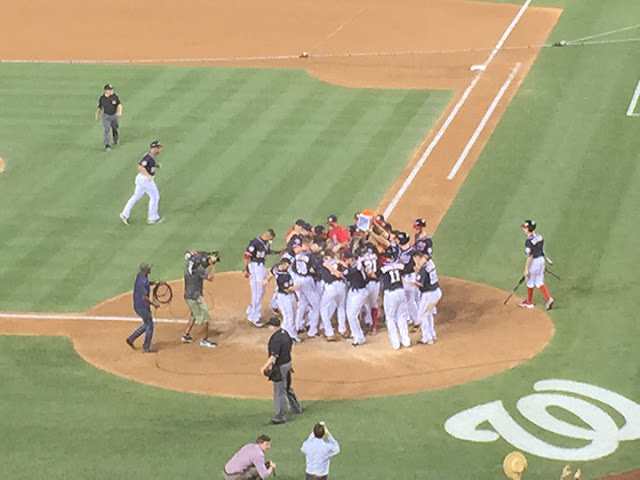 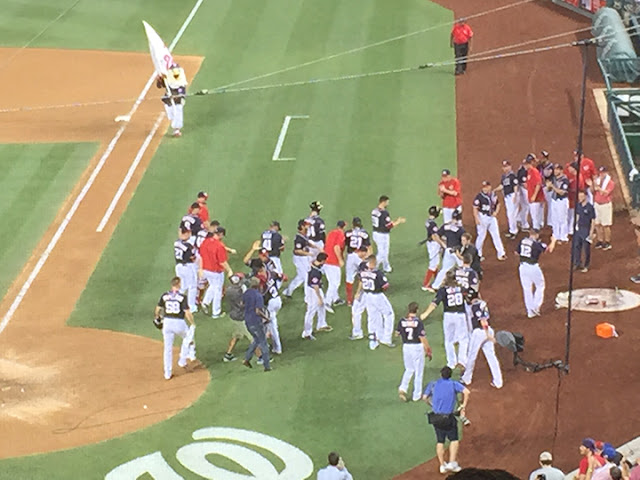 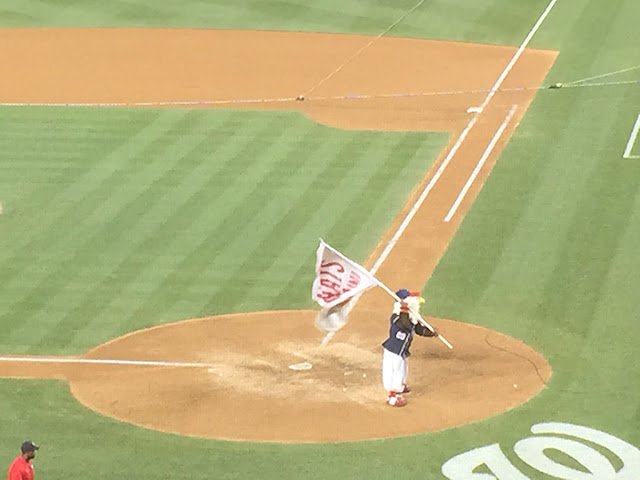