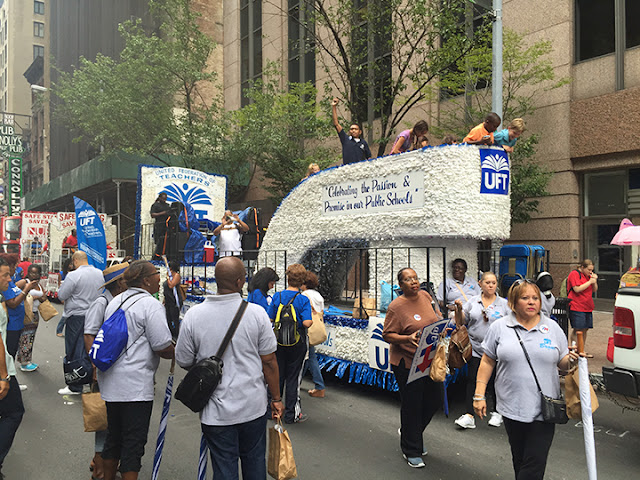 It seemed a little strange to have the Labor Day parade a week after Labor Day but that's what happened. I had no idea the parade was going on at all.

There were all sorts of people around. Most were wearing t-shirts saying which union they were in. There were lots of teachers.

I grabbed some a bite to eat at a Pret. While eating I tried to figure out what the parade exactly was. I found out that it was the Labor Day Parade. It had started at 10 so I thought it must be over. But that wasn't the case at all.

I walked around some more looking at the groups and a couple of floats which I figured out had yet to march in the parade. I noticed what was obviously a security detail. I just couldn't figure out who it was for.

Then all of a sudden this really tall guy walks right past me. I recognize that it's Mayor de Blasio and that was his security detail. He greeted people and took lots of pictures with them.

I took a few pictures and decided to go and find where the rest of the parade was. 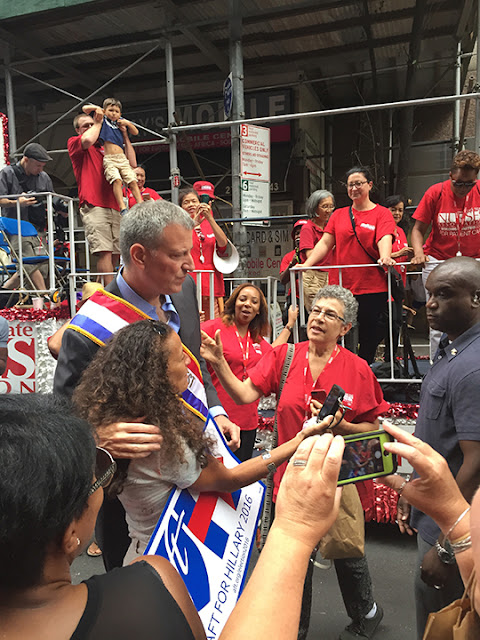 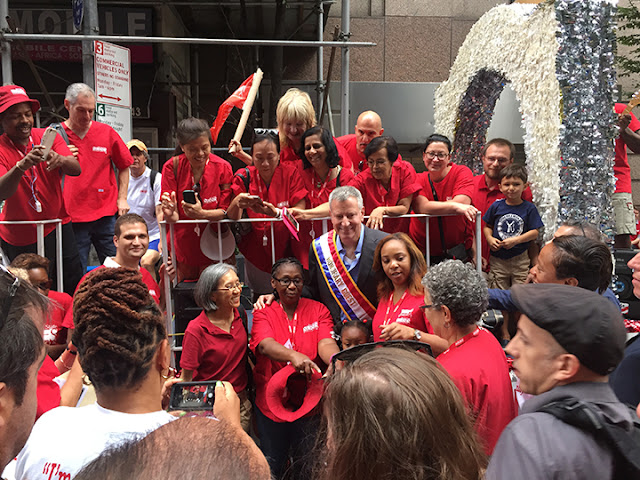 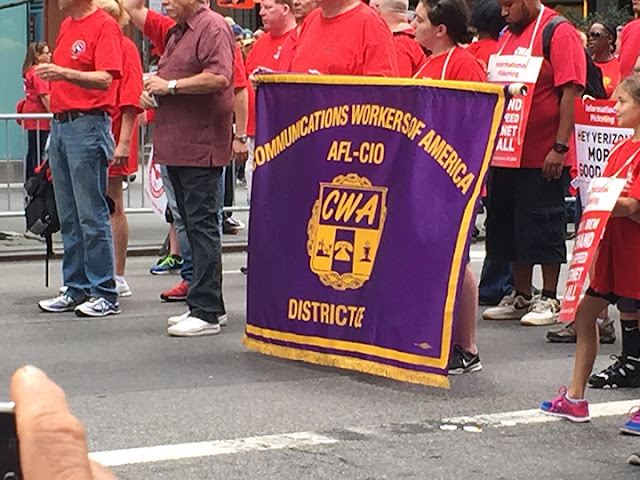 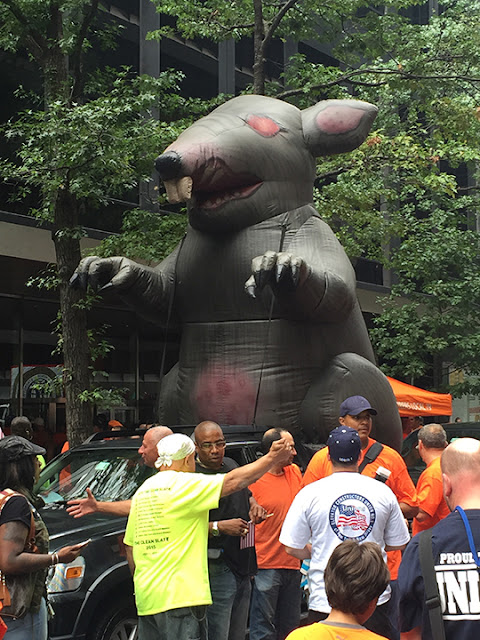