The Dash to New York City 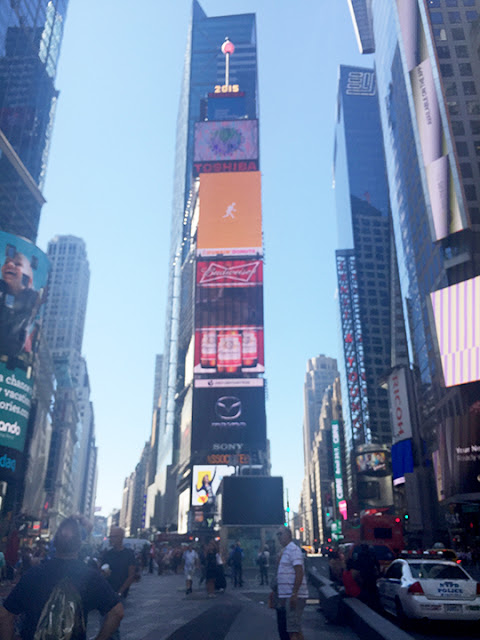 Saturday was my dash to New York. One of many that I've made over the past few years thanks to discovering the inexpensive buses that go there. This was an unusually short trip up for just a part of the day. I had a 6:10 bus up in the morning and a 9:30 bus back that night.

The reason for going was to see the last performance of Mamma Mia on Broadway. In April it was announced that the show would be closing. A friend sent me a link to the story on Playbill with the title of his email saying My Condolences...

I was surprised it was closing but not too surprised. It had moved out of the Winter Garden Theatre, which is a huge theater, to the smaller Broadhurst Theatre. (In an ironic twist it moved to the theater right next to Phantom of the Opera. So my two favorite shows were right next to each other.) The move showed that the demand for tickets had gone declined.

I replied that I needed to get up there and see it one more time. I looked online and there were actual tickets available for the last show. I thought why not. It would be cool to see the last show of a major Broadway show. So I got my ticket. I told my friend and he said that that would be such a cool thing to do. A few days later I went back to the site to see how many tickets were left. You couldn't even select the date to see if tickets were available.

Then a week or so later the show got extended a week. I was bummed out about it. But said to myself you're still seeing it in it's last week.

A few weeks later I checked the main Mamma Mia site. It said final performance Sept. 12. But again you couldn't buy any tickets for that day.

I decided this would just be a quick trip up and back. I would not stay overnight in large part to the fact it was Labor Day weekend which I thought would be pricey. But the main reason was I had Nats games on Friday and Monday. I didn't want to miss either of those.

With the discovery that off street parking around Union Station had no restrictions on the weekend, I could take an early bus up.

I'm glad I did because a whole bunch of people were going to New York on Saturday morning. By the time it left White Marsh, the second stop it makes — it's north of Baltimore, the bus was full. I was able to sleep most of the way up. Traffic was not too bad. Had no problems at the Lincoln Tunnel and getting across town was a breeze. So we arrived right on time.