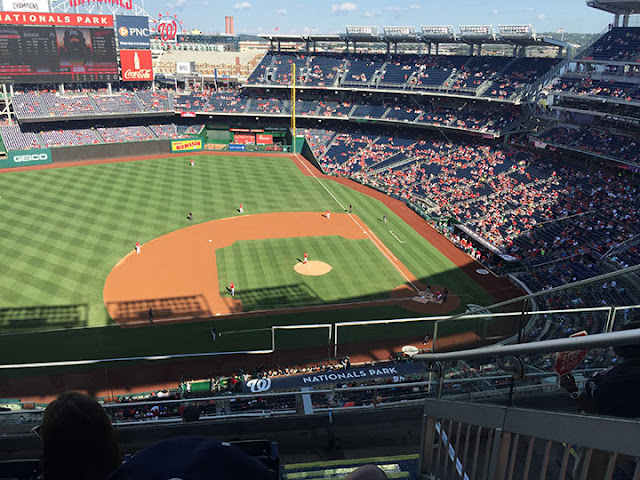 The Last Home Stand of the Season

Last Thursday opened the last home stand for the Nationals. In all likelihood, these will be the last home games for the season as well. It is still possible that the Nats can reach the playoffs but everything has to break their way.


As the Washington Nationals stomped the lowly Miami Marlins, 13-3, on Sunday, it became hard for optimistic fans not to peek at the calendar and imagine the scenarios. Despite the season’s many missed opportunities, the Nationals’ recent stretch of play has added a sprinkle of intrigue to the season’s final two weeks.

The odds of catching the first-place New York Mets remain slim. The Nationals trail their division rivals by six games with 13 remaining after the Mets’ 11-2 loss to the Yankees on Sunday night. But by taking three of four from Miami, the must-win Nationals have kept viable this potential scenario: Washington has to make up three games over the next 10 to remain alive entering its season-ending series against the Mets in New York.

The problem for the Nats is the Mets are playing teams that are well below .500. The Nats have to continue to win. But in order for it to matter the Mets need to lose some games.

The Nats certainly took care of business in the two games I went to over the weekend. Friday was a little dicey. The Nats had the lead but allowed the Marlins to tie the game in the 9th. With the bases loaded in the 10th, Jose Lobaton hit a sacrifice fly and the Nats won the game.

There was some fireworks earlier in the game when Matt Williams went to the mound to talk to Max Scherzer:

With the score tied at 2 against the Marlins in the seventh inning, Scherzer had a runner on second base and two outs and Dee Gordon at the plate. Scherzer’s pitch count sat at 102 and Gordon, who has hit well against him throughout his career, was 1 for 3 against him Friday. Williams emerged from the dugout but didn’t signal to the bullpen, where left-hander Felipe Rivero was warming.
He asked Scherzer one question: “You want him?” Williams said he “wanted to make sure I looked him in the eye.” Scherzer’s classic response was profane and fervent.

It was amazing to watch to watch the exchange from the stands. After Williams left, Scherzer stepped off the mound and walked toward second base pumping his fist. He then went back on the mound. Scherzer got Gordon to ground out. With that Scherzer pumped his fist again as he headed to the dugout. An incredible inning.

Below are a few pictures from the two nights. 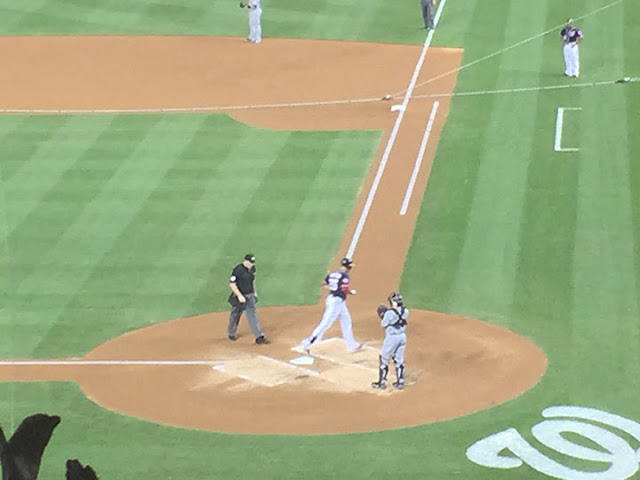 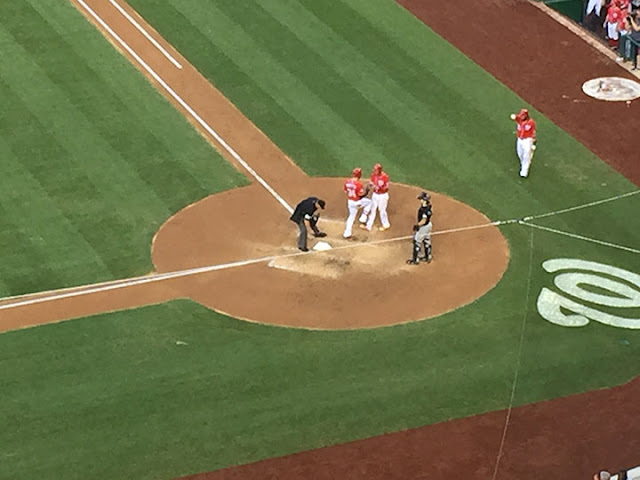 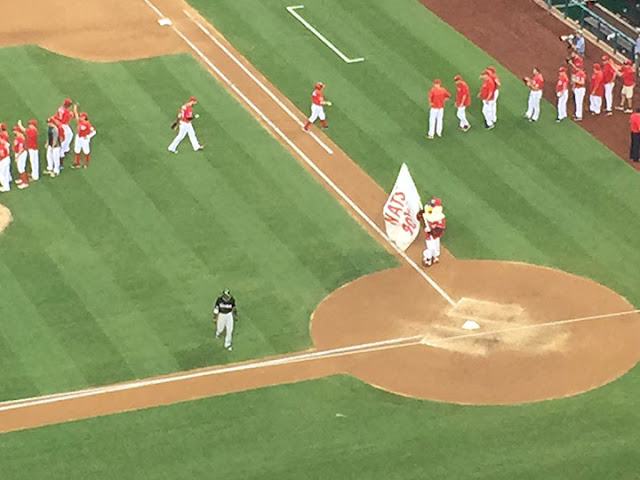 You made a new friend at Saturday's game....