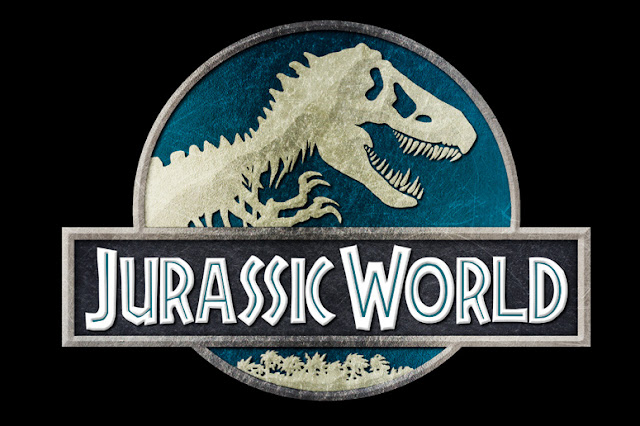 I went and saw this on Sunday. My plan had been to see it at the Uptown. They had a 10:30 am show. I was going to go to the gym and then go to the movie. Glad I checked the time again. That early show at the Uptown was only on Saturday.

Quick change of plans. I wanted an early show so I could get back to my house before it got really hot. I opted to go to Silver Spring and see the 9am show. Turns out I’m glad I didn’t go to the gym and the Uptown. There was some sort of problem at DuPont Circle and they were single tracking and providing shuttle bus service. Not sure how long it lasted. But as I was riding up to Silver Spring all at each platform I passed trains going to downtown were just sitting at the station not moving.

I was a little concerned that I would be late getting to the movie. Turns out I had time to spare. The person at the ticket counter was pretty much out of it. I think they might have been trying to take a nap. It was after all before 9 and I assume she probably had opened the box office by 8:30. The ticket taker didn’t seem that much more awake either. He took my ticket and only after I took a few steps did he tell which direction to go to get to the theater the movie was in.

As for being late I need not have worried about that. There were at least 15 minutes worth of previews.

Now on to the movie. There were parts that I really liked. The homage to the first movie to the first movie is really well done. There are actually a couple of points where they do this. The best is when the two kids discover the old entrance to the park. It was the visitors center. It’s also amusing that they use some of the banner as part of a torch.

I really like Chris Pratt and his character, Owen, and his training the Raptors. I wish there had been more of this in the movie. A very interesting idea of training this incredibly dangerous animals. Also the notion of Pratt being the alpha male of the pack. That plays an important part towards the end of the movie.

The effects are amazing. It really looks like there is park with dinosaurs. Special effects have really advanced since the first movie and it really shows. I like the gyro spheres taking park visitors around the park. Sort of like driving your car through a animal park. Also Jimmy Fallon makes a funny cameo explaining how the gyro sphere works. 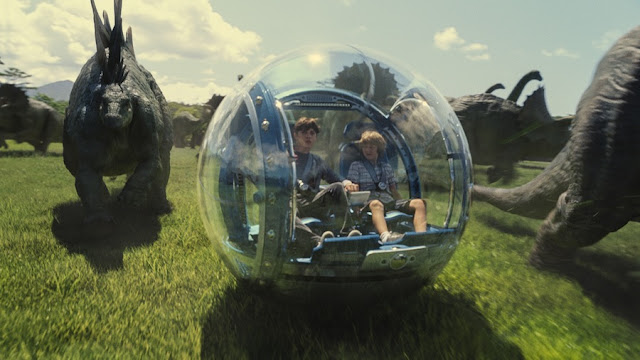 The problem with the movie is way too many sub-plots. Here are a few:

The kids (Gray and Zach) are being sent to the park because their parents are getting a divorce
The older kid is not really interested in his little brother; can’t seem to bothered all that much with him.
The kids aunt, Claire, is one of the mover and shakers and doesn’t have any time for them.
Claire went on one date with the Chris Pratt character so their is some little history there.
Claire sees the dinosaurs as attractions not as living.
As mentioned bonding with the Raptors.
The Raptors to be used as weapons.
The big bad dinosaur and the secret of what it really is.

I think that might be all of them. Just too many in a movie that is a little over 2 hours. I will say, that when Claire gets that the dinosaurs are actual living and breathing creatures, it is very moving.

I would have liked more on Owen and his work with his Raptors.

Things I liked. There are a couple of good plot twists. One that I certainly didn’t see coming. There is the scene on the previews where the pterodactyls are swooping in on guest which is cool. And I liked the twist at the end of what was arrayed against the genetically altered dinosaur.

In all a pretty good movie over all. One more thing since it made over 200 million opening weekend, there will be another one and there’s a scene in this movie that sets that up.