Not Exactly the Hoped for Results at Nats Park on Tuesday


Max on the mound. Max at first base. Max crossing home plate. That's what's happening in the last three pictures.

Certainly the highlight of the evening. But things didn’t stay that way:


Blue Jays center fielder Kevin Pillar managed to do just that in the second game — twice, both against Scherzer, who came in having given up only three home runs in 712 /3 innings.

Pillar smashed a fastball over the plate in the second inning. The Nationals patched up Scherzer’s mistake with two runs in the fourth inning after doubles by Harper and Tyler Moore and a Jose Lobaton single. Scherzer, who reached on a single, gave the Nationals a 3-1 lead in the fifth when he scored on a sacrifice fly from Moore.

But Scherzer gave the lead right back in the sixth with errant command. Danny Valencia doubled on a fastball over the plate. Scherzer then walked Justin Smoak. Pitching coach Steve McCatty came out to talk to Scherzer, whose pitch count neared 100, as the Nationals’ bullpen came to life. Pillar then smashed the third straight slider from Scherzer, a hanging one over the plate instead of down and away, for a three-run shot. 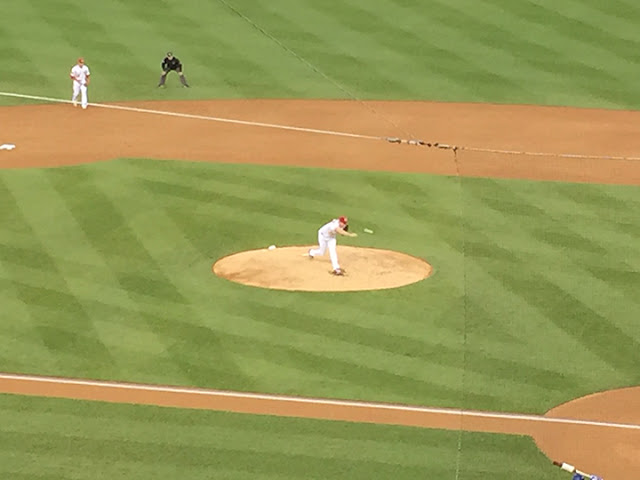 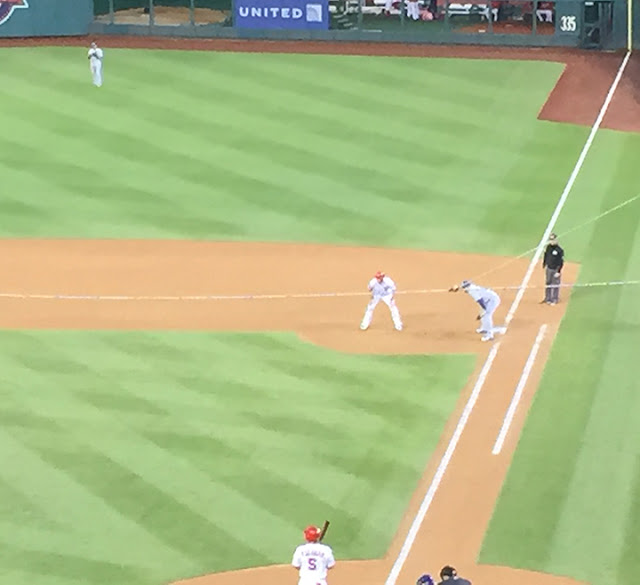 I will say it's hard to win two games in one day. The Monday night game was postponed until Tuesday because of the torrential storms that we had Monday night. The Nats were able to win the first one 2-0. Jordan Zimmermann pitched a great game.

Scherzer pitched very well too. The only real damage done was by Pillar while Scherzer was pitching. Yes, additional runs were scored because of a bull pen that lacks consistency. But the Nats offense died in the later innings of the game. Thus the reason for the 7-3 loss.

It was a rather chilly night to be at the park. I'm hoping for some better weather over the next couple of days. I am seeing three games is as many days.

So Nats lets go out and get those curly Ws.
Posted by Jason in DC at 7:36 PM