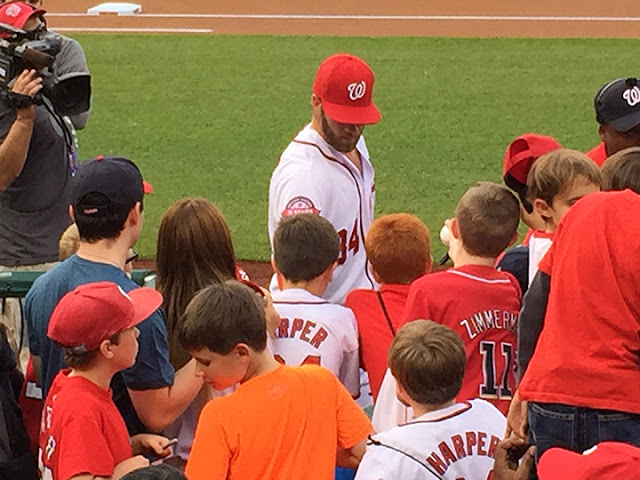 Here are a few more pictures from Friday's game.

The top one and the one below are pictures of Bryce Harper signing autographs for fans. This is when the team has come off the field from warm ups and right before the National Anthem. Max Scherzer came over and signed too. 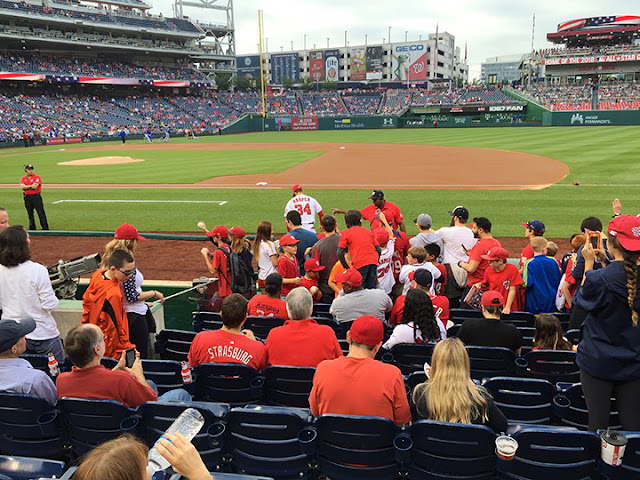 The picture below I find very interesting. On the way on to the field in one of the later innings (either the 8th or the 9th), Bryce Harper stops to talk to Jayson Werth. At first I thought it would be a quick conversation. A quick joke or something. But it turned into a three to four minute conversation.

I'm guessing Harper was asking for some advice for Werth on something. I say that because Werth pointed to the outfield. He then made made some gestures in one of the palms of his hand. Harper nodded through most of it. Then he took the field. 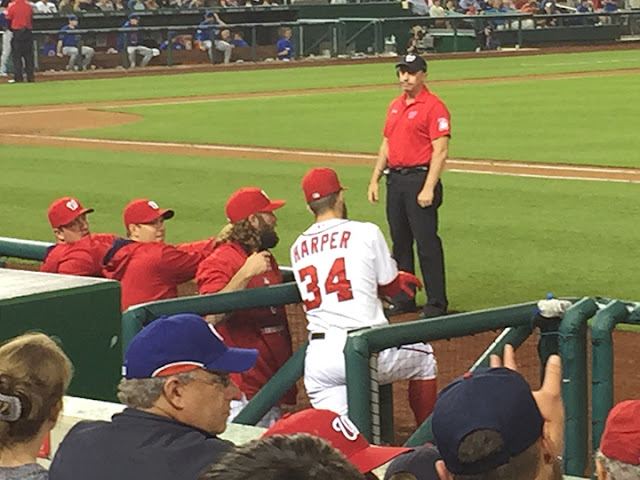 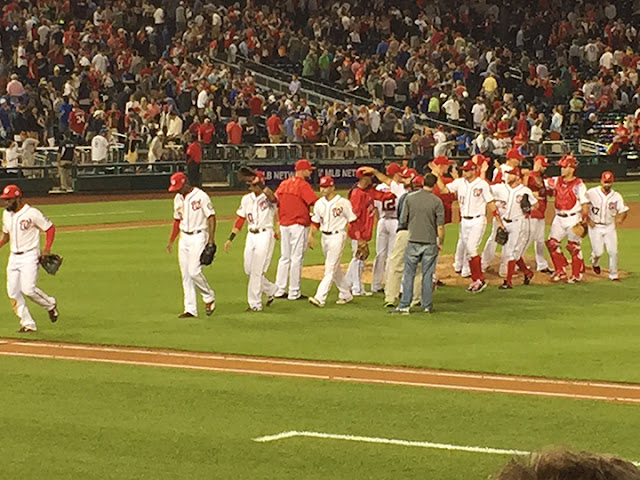 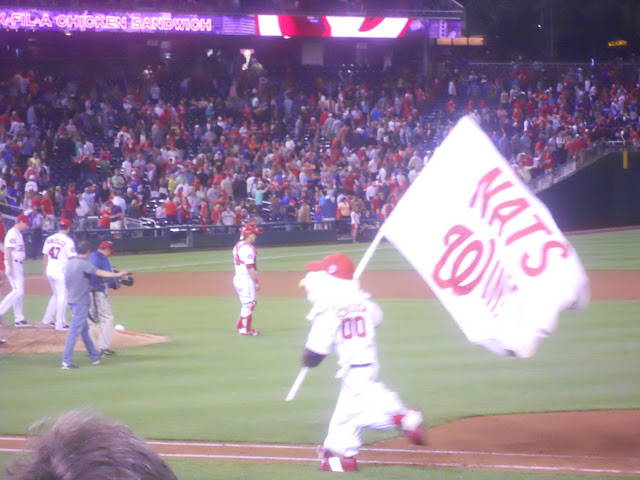