At the National Archives

I decided to go to the National Archives. This being winter there was a very short line.

They have done a major reworking of the exhibits there. There are several of them on the entrance level. You can find out more here.

One the exhibits is :

In celebration of the 225th anniversary of the First Congress, the first Journal of the House of Representatives is on display, showing the final page of George Washington's State of the Union speech. With this speech, delivered on January 8, 1790, Washington established the precedent of delivering a formal address to Congress to report on the state of the Union. He praised the accomplishments of the First Congress and gave a brief overview of his administration’s agenda. The President emphasized the need to provide for the common defense; establish uniform systems of currency, weights, and measures; and promote education.


There is also the first electoral college vote which made Washington out first president.

If you ever are in DC you have to make sure you go to the National Archives and see the two documents that are basis for our government. 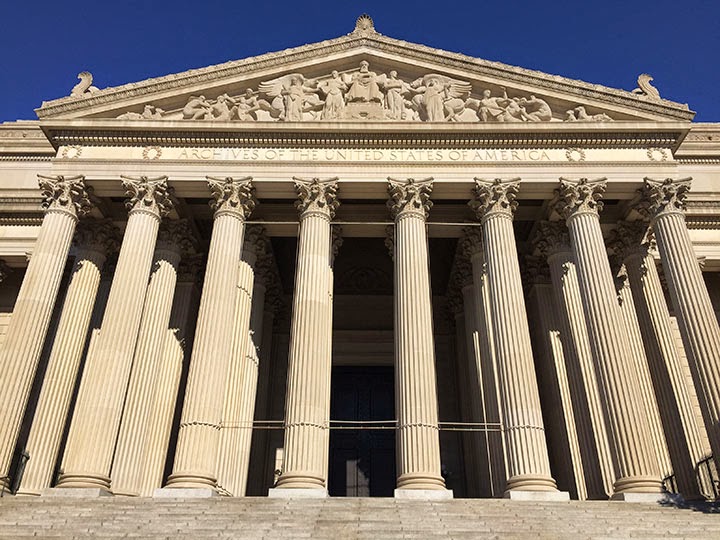