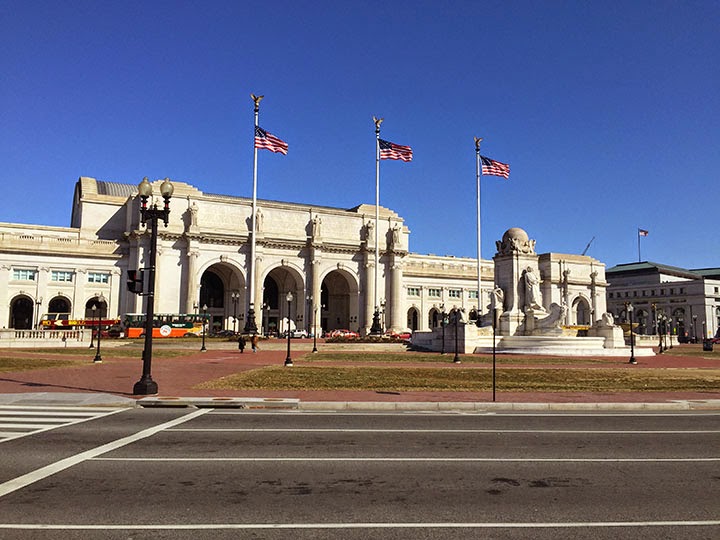 My final stop on my walk was Union Station. From there I hoped on the Metro and went home. I all with the stops it took about two hours for the walk.

Here's a little history about the station:

Union Station opened on October 27, 1907, with the arrival of a Baltimore and Ohio Railroad passenger train from Pittsburgh. The terminal quickly became the portal to the Capitol. At no time was it busier than during World War II, when as many as 200,000 people passed through in a single day.

For most of its existence, Union Station served as a hub, with service of the Baltimore and Ohio Railroad, Pennsylvania Railroad, and Southern Railway. The Richmond, Fredericksburg & Potomac Railroad provided a link to Richmond, Virginia, about 100 miles (161 km) to the south, where major north-south lines of the Atlantic Coast Line Railroad and Seaboard Air Line Railroad provided service to the Carolinas, Georgia, and Florida.


It went through a bad period in the 60s and 70s. But a restoration process started in the late 80s. Recently there have been some major repairs to it due to the earthquake in Washington in August of 2011. 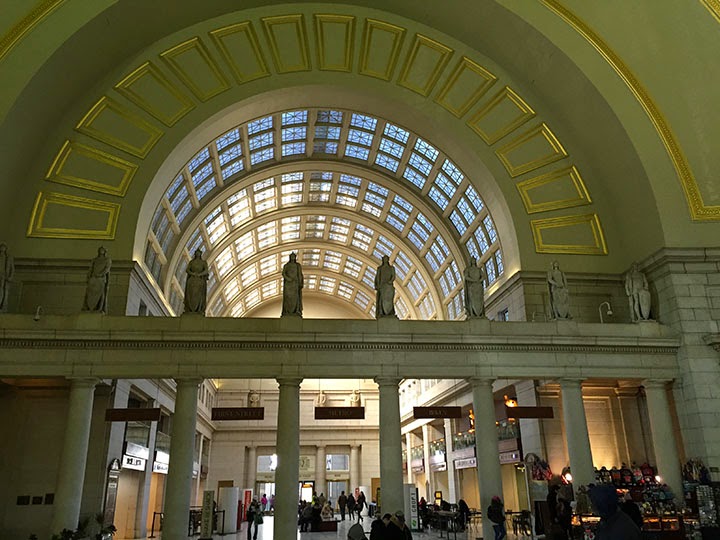 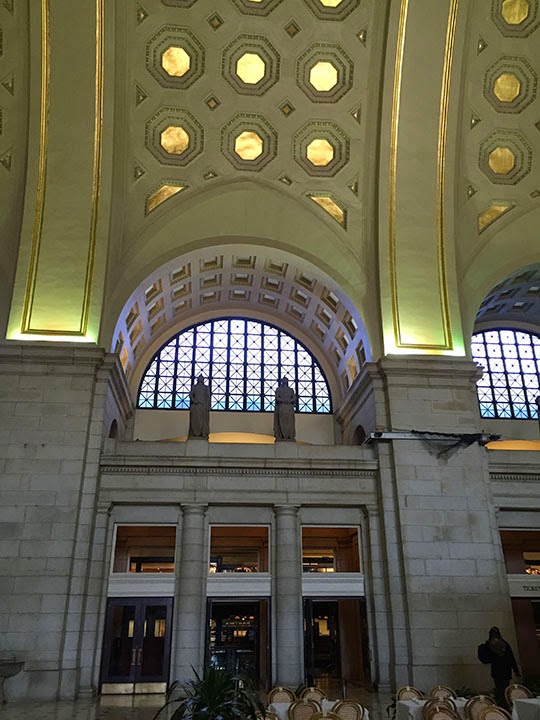